Since its founding in 1908, the University of Alberta has been a major presence in the Edmonton area. The buildings and grounds that make up the University’s multiple campuses are rich in history, and have a special place in the personal stories of the hundreds of thousands of people who have attended this internationally recognized institution. 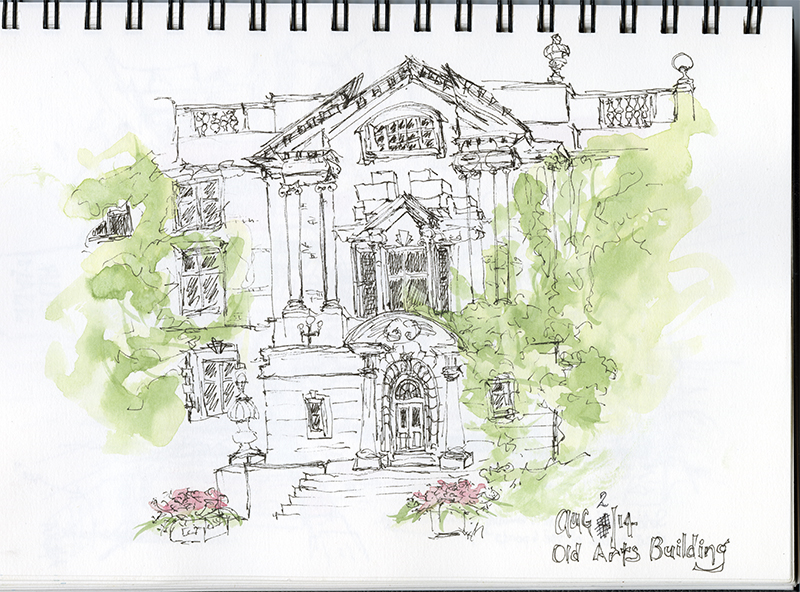 The Arts Building, then called the “Main Teaching Building”, was completed in 1915, following Athabasca Hall (1911), Assiniboia Hall (1912) and Pembina Hall (1914). It opened with a grand convocation ceremony. 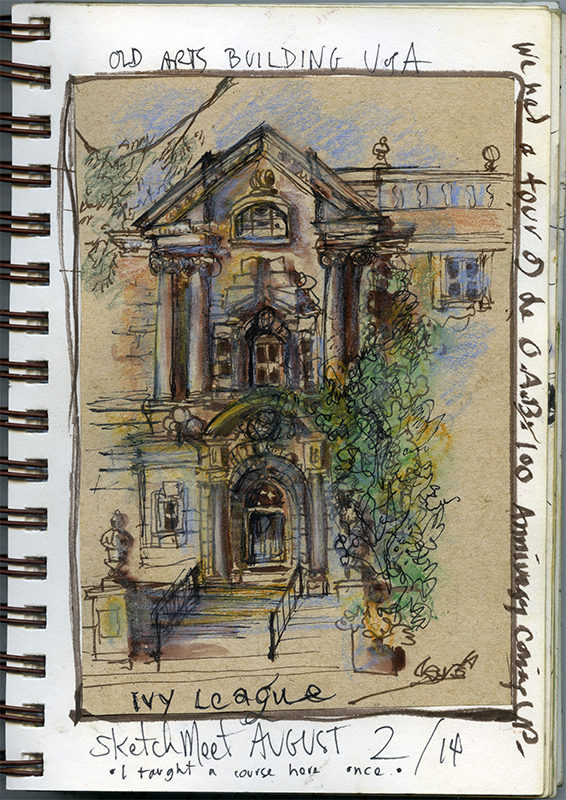 Old Arts Building U of A
Sketch by Karen Wall, 2 August 2014

This new teaching space was built by architects Nobbs and Hyde of Montreal in the neo-classical style and featured lecture halls, laboratories, offices, and a convocation hall. It was constructed mainly of brick, with sandstone trim, featuring a balustraded roofline, and embellished with many crests. A circular central dome rises above a ceramic-tiled corridor, terra cotta tile walls, and skylights. The second floor has its senate chamber, with wood wainscoting, ornate sculpted moldings, plaster relief sculptures, and decorative trim.

While many universities at the time attempted to accommodate rapid growth by cobbling together as many buildings as possible, the University of Alberta developed a clear aesthetic for its buildings and ensured that they could be easily expanded without compromising their visual appeal. 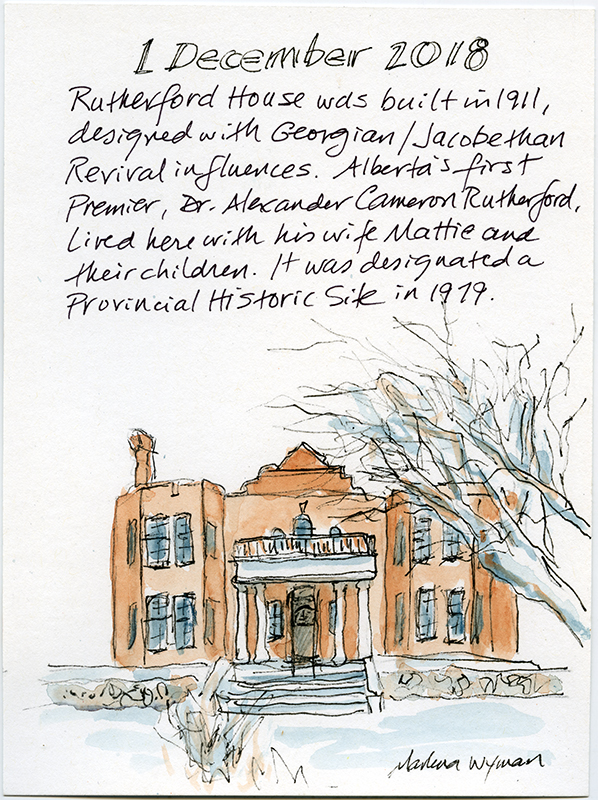 Dr. Alexander Cameron Rutherford was Alberta’s first premier, serving from 1905 to 1910. A 2-storey wooden house was built in 1895 for Rutherford, his wife Mattie and their children as their first home. It was originally located at 87 Avenue and 104 Street and was moved to Fort Edmonton Park in 1967. 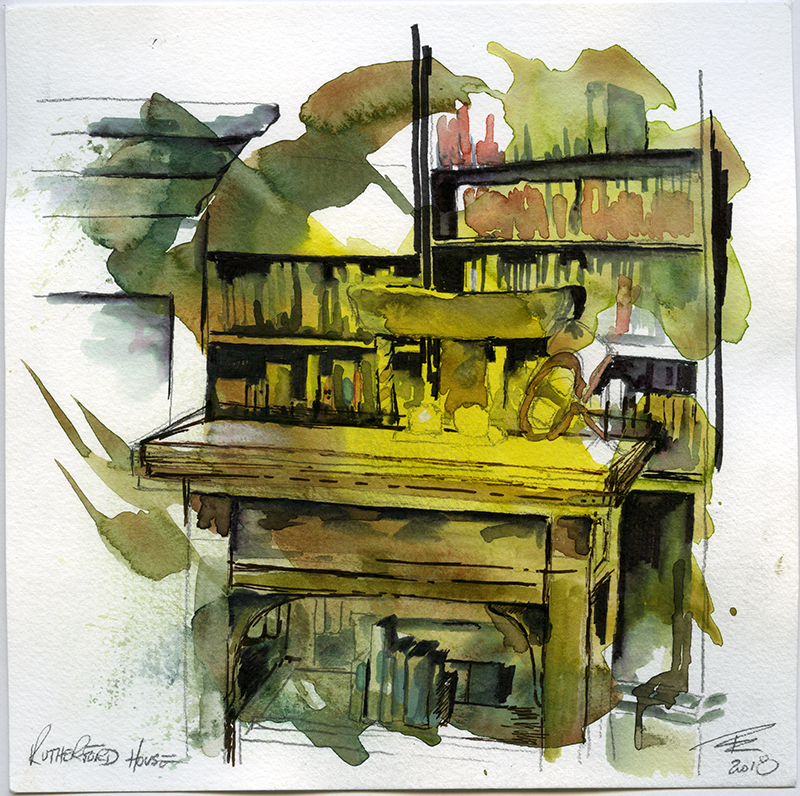 In 1911 their second home, now known as Rutherford House, was built on Saskatchewan Drive. The residence is an example of Edwardian era architecture in the Renaissance Revival style. Designed by architects Wilson and Herrald and built by James Smith and J.T. Radford, the grand 2-storey home was constructed of red brick with sandstone trim and sills, 2-storey bay windows on either side of the Tuscan columned front portico entrance, and a Georgian style front pillared balcony. The interior is finished with oak woodwork and paneling, and an interior stained glass skylight. 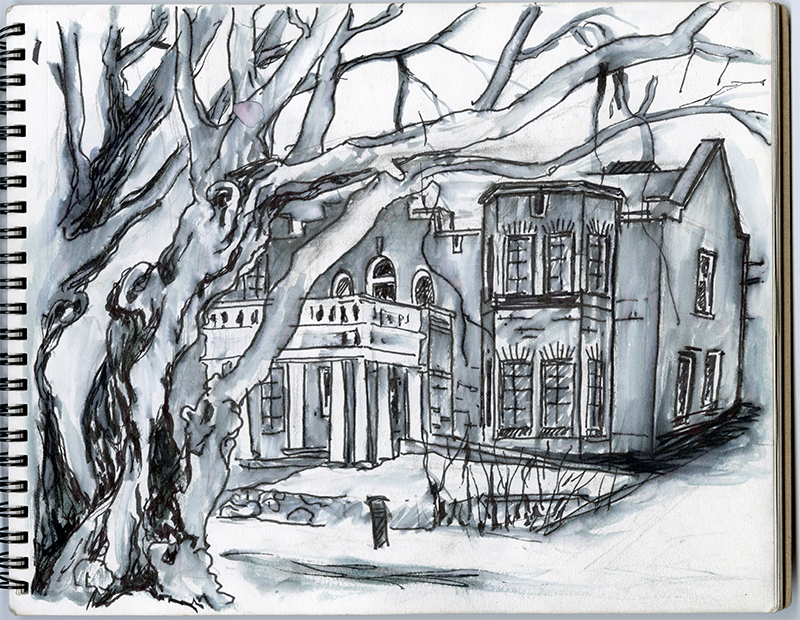 The Rutherfords sold their home in 1940 and the house was almost demolished in 1966. After public outcry, the house was saved and restored. It was designated a Provincial Historic Resource in 1979 and is now a museum. 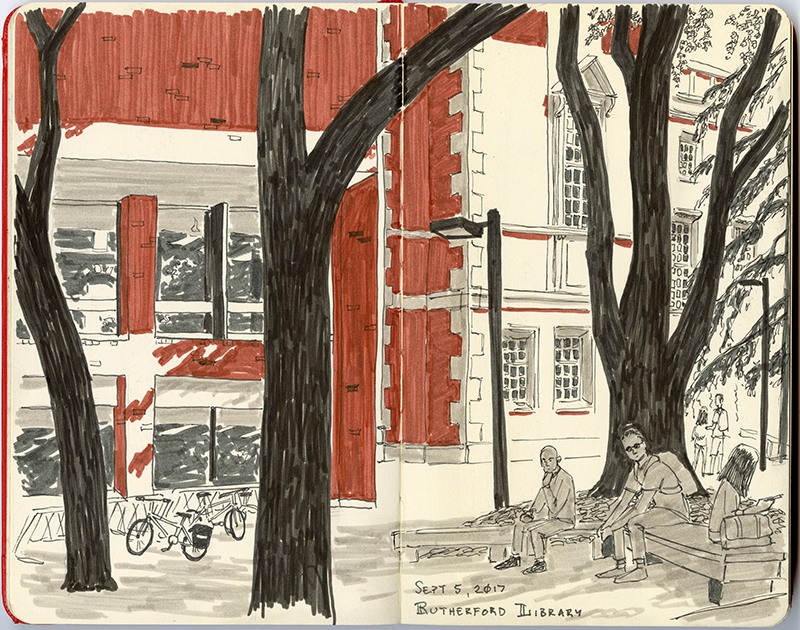 Rutherford Library, named after university founder and former Premier of Alberta Alexander Cameron Rutherford, was designed by architects Mathers and Haldenby of Toronto and built by the Edmonton firm of Rule, Wynn and Rule in 1951.

The library’s design focused on interior space with a foyer and hall of Tyndall stone and terrazzo, Italian marble staircases with brass rails, dark woodwork in the law library, and limed oak in the remainder of the building. Turquoise walls and recessed lighting gave “a pleasant, light and restful effect”, and the basement included a smoking study room, considered to be an innovation.

The 2-storey main reading room had oak paneling and empire green walls. Books were delivered from the stacks by an electric elevator. The room is dominated by a large mural by H.G. Glyde depicting settler colonial history. A mural by Indigenous artist Alex Janvier was installed in 2012 on the opposite side of the room as a historic counterpoint.

The third floor housed a music listening room, a small art gallery and museum, and a painting room for fine arts students “who wished to copy prints of the great masters”. A new wing of the library was added in 1974, encapsulating the north face of the original building. 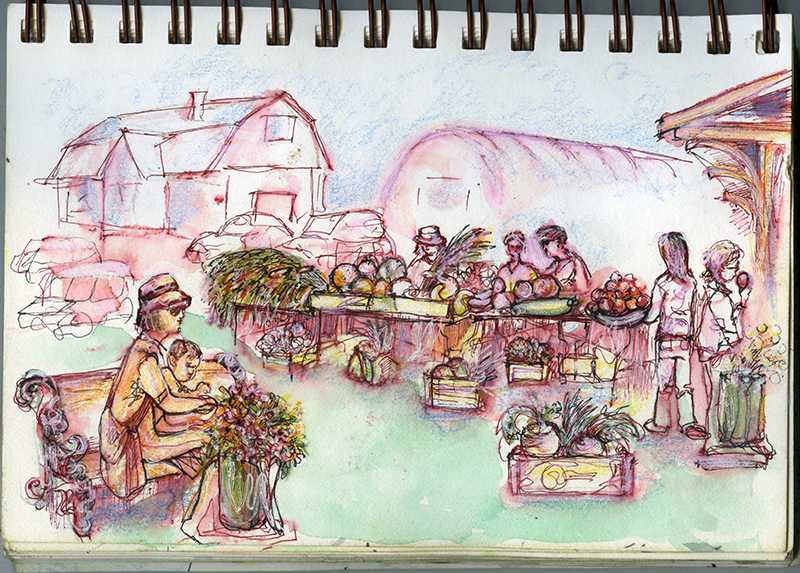 The University of Alberta's Faculty of Agriculture was established in 1915 on the main campus. Lectures were held in Pembina Hall, and an animal husbandry lab was in a barn to the west of Athabasca Hall that housed a small number of cows and horses. Field test plots were grown along Saskatchewan Drive. More farm buildings were added where the Jubilee Auditorium and Stollery Hospital stand today. 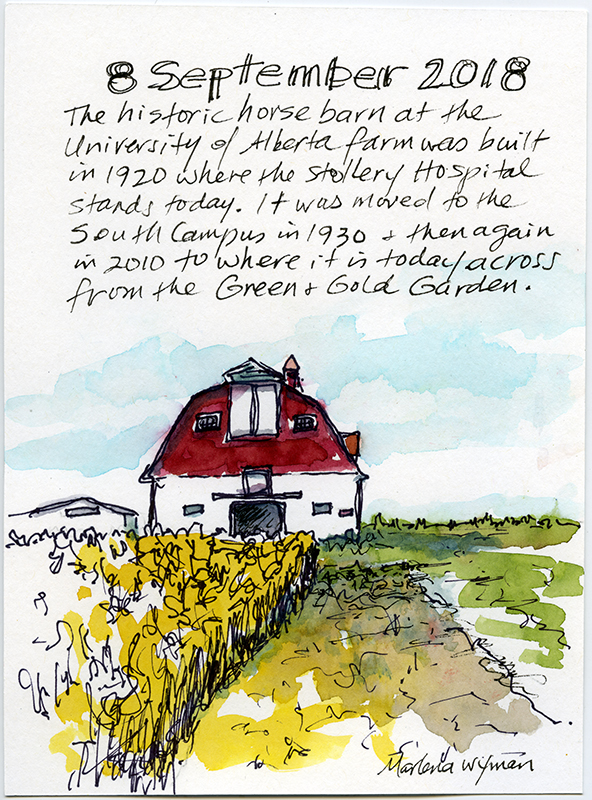 In 1930, five farm buildings including the horse barn and dairy barn were moved to the present University Farm site, now South Campus. Other new buildings were added including the livestock pavilion, grain elevator, feed mill and seven houses for farm staff. The horse barn was moved again in 2010. Today it stands near the Green and Gold Community Garden and the Prairie Urban Farm. 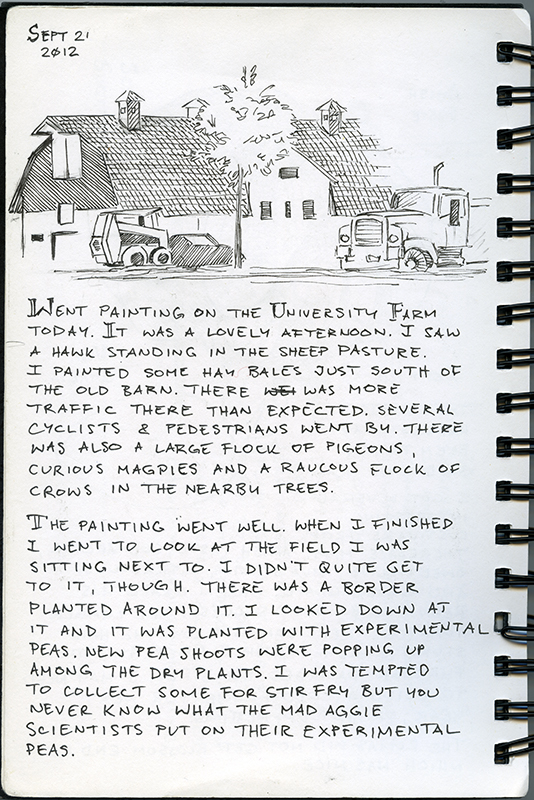 When animal technician Jack Frances retired in 1992 after working and living on the University Farm for 43 years, he volunteered to create the ALES Museum in the historic barn near the present day South Campus Sports Complex.

The University Farm is a rare gem of rural-urban green space, where city dwellers can enjoy walks, have nearby access to farm knowledge, and purchase fresh garden produce and heritage chicken eggs, all in the middle of the city. 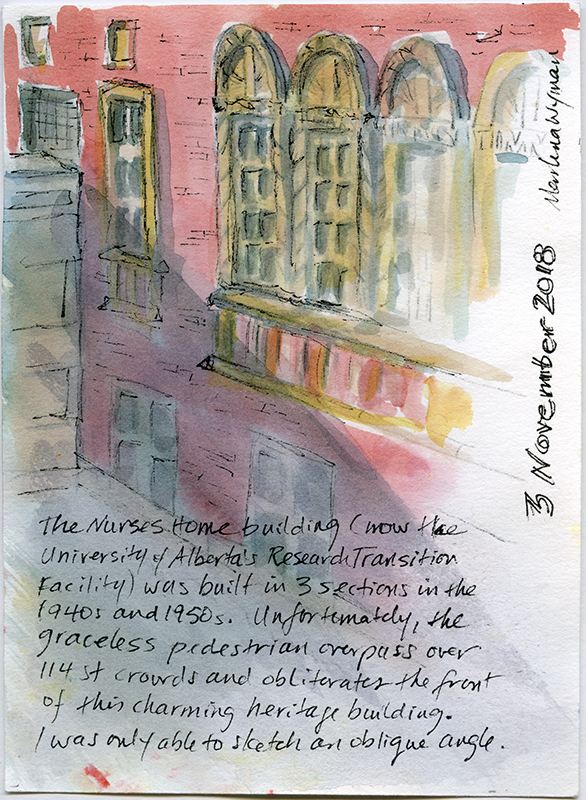 The University of Alberta began training nurses to work in its hospital in 1923. Nursing students that were studying and working in the university hospital were provided with free room and board. Unfortunately, space was tight and many nurses lived in various cramped and inadequate accommodations on campus.

In 1947, architect George Heath Macdonald designed a purpose-built brick residence with carved sandstone arched windows and details. It was directly across the street from the hospital and included single bedrooms, laundry room, sewing room, lounges, and a kitchenette. The nurses’ matron, Mrs. Underwood, along with her strict rules for conduct, moved with the nursing students into their new residence.

In 1951, a new addition opened with two wings and an auditorium and in 1957 a further addition was completed which featured classrooms, a mezzanine, TV Lounge, dining area, and student kitchen.
The School of Nursing accepted its first male applicants in 1973 with a special apartment being created to accommodate them. In 1974 the school began charging room and board to residents and relaxed its policy forbidding living off-campus.

In 1981 the building was converted into offices for the School of Nursing, then renamed the Education and Development Centre, and most recently the Research Transition Facility. Unfortunately, a dominating pedway structure built in 2013 now obstructs the face of this heritage building.