Cheryl Whiskeyjack and Omar Yaqub are Edmonton's current Historians Laureate, selected by the Edmonton Historical Board and the Edmonton Heritage Council following an open application process.

Over a century ago, Indigenous people welcomed Syrians to the prairies. During one of those early meetings the newcomers attempted to trade using British sterling, the Indigenous people had no need for currency, they suggested food instead, and a shared feast ensued.

Cheryl and Omar are inheritors of this feast. Their stories come together in response to another group of Syrians that arrived in Edmonton in 2015. They began by welcoming these newcomers at the airport with Indigenous song and dance, and grew to realize there was more to explore. 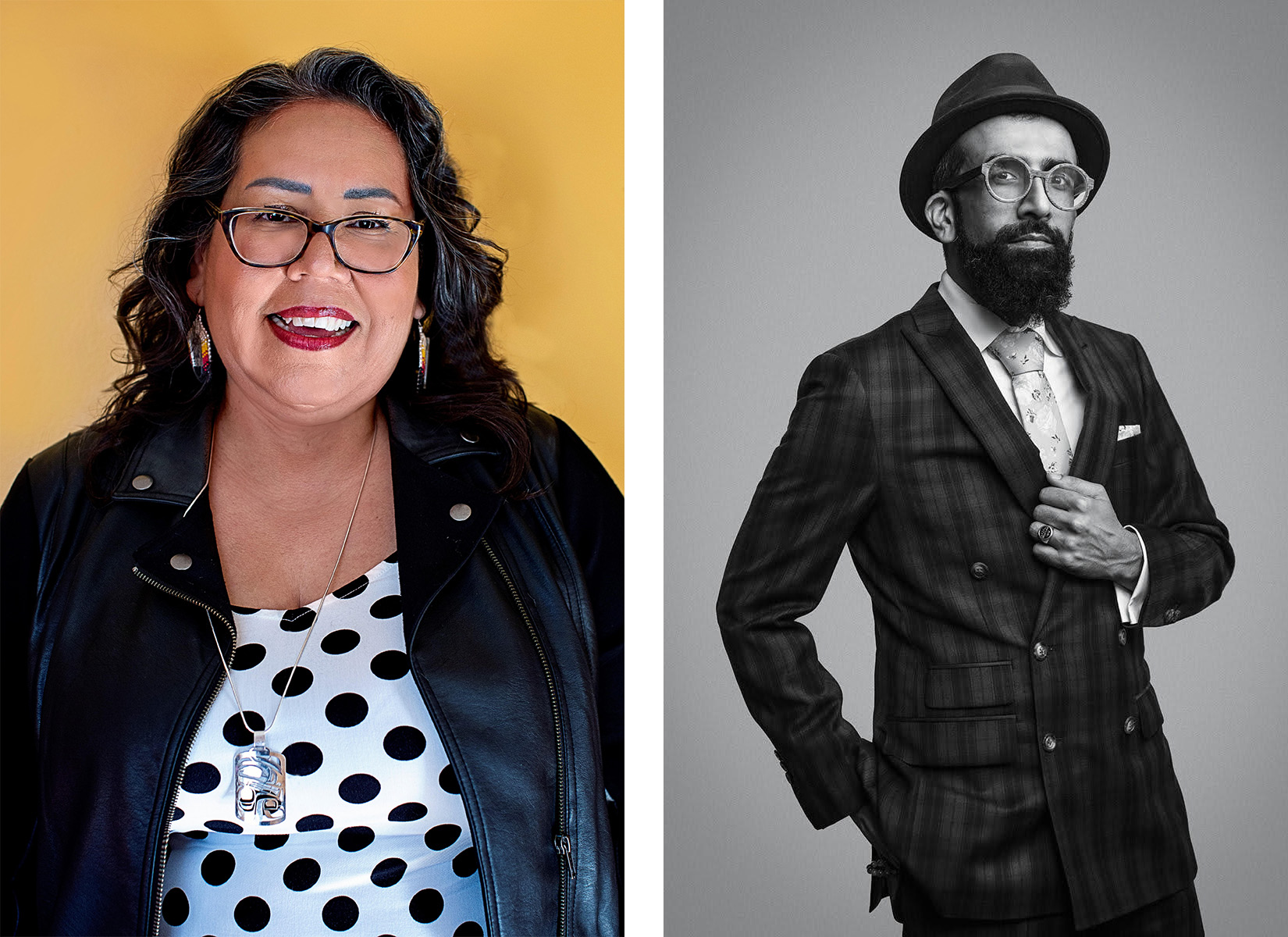 Cheryl is the Executive Director of the Bent Arrow Traditional Healing Society and has been with Bent Arrow just about since its inception over a quarter-century ago. Now she oversees a suite of 21 different programs and services. The organization's programming connects indigenous clients to the city around them, and helps them build skills and resilience that they can use in other parts of their lives.

Cheryl proudly serves as a board member of the Canadian Accreditation Council of Human Services, the Align Association of Community Services and was newly appointed to the Board of PolicyWise for Children & Families. She has contributed to the work of EndPovertyEdmonton since its inception and currently acts as co-chair of the Stewardship Round Table. She also sits at the table for the National Advisory Council on Poverty. She acts as a mentor for the Edmonton Chamber of Voluntary Organizations Executive Director Mentorship program and represents Bent Arrow through CS, a collaborative partnership of five non-profits using innovative engagement in vulnerable neighbourhoods. Cheryl is proud of the strong partnerships she has maintained across sectors.

Omar Yaqub (@somaryaqub Twitter, LinkedIn), is excited about soulful placemaking, shared stories, and disrupting inequity through beauty. He is a settler on Treaty 6, with two decades of experience in the for-benefit sector. He serves Islamic Family, a multi-award winning Imagine Canada accredited charity in the social services sector. Omar has been a part of the creation process for The Canadian Prayer Rug, Roots on 6, and ECVO's History of Edmonton’s Human Services Sector.

Omar has been awarded a Doctor of Sacred Letters from St Stephen's College, EMCN's RISE award for Community Leadership, and the University of Alberta’s Co-op Mentorship Award.

Role of the Historian Laureate