Edmonton’s mid-twentieth century housing is on display through the J.N. Stephens collection. Within this collection are the plans for the familiar homes that encompass vast swaths of residential Edmonton. The plans showcase the realities of postwar housing development which transformed the city of Edmonton with new, affordable neighbourhoods for thousands of residents. Advertisements from the time promote the glamour and glitz of owning one of these new styles of homes complete with appliances and furnishings all from the moment of design. Buyers could select land and a variety of preplanned model homes, and G.W. Golden would construct sets of houses in batches, transforming land into desirable and modern housing for the young families of Edmonton following the end of the Second World War and into the early ‘70s. 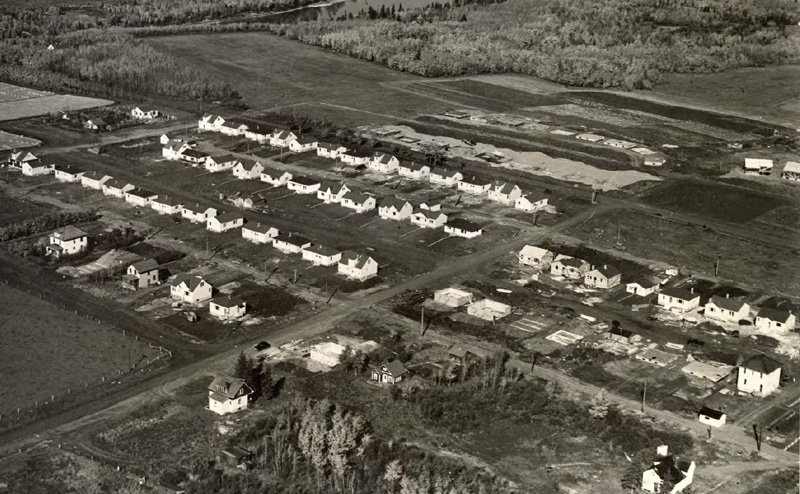 Post-WW2 Housing and the National Context 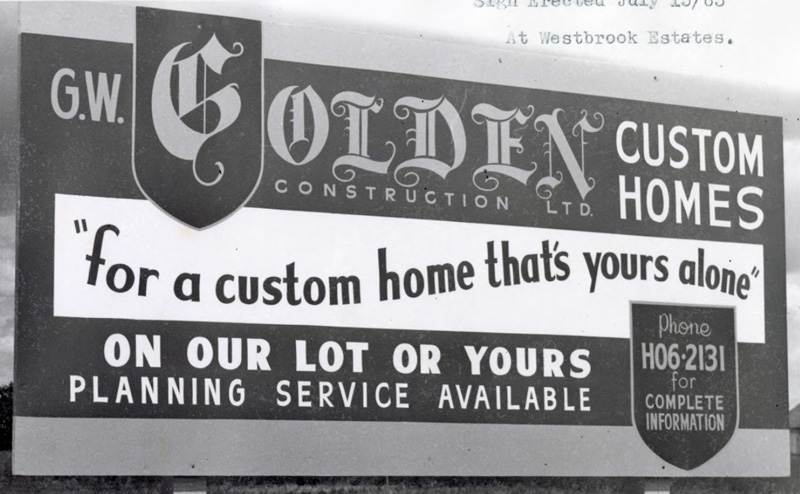 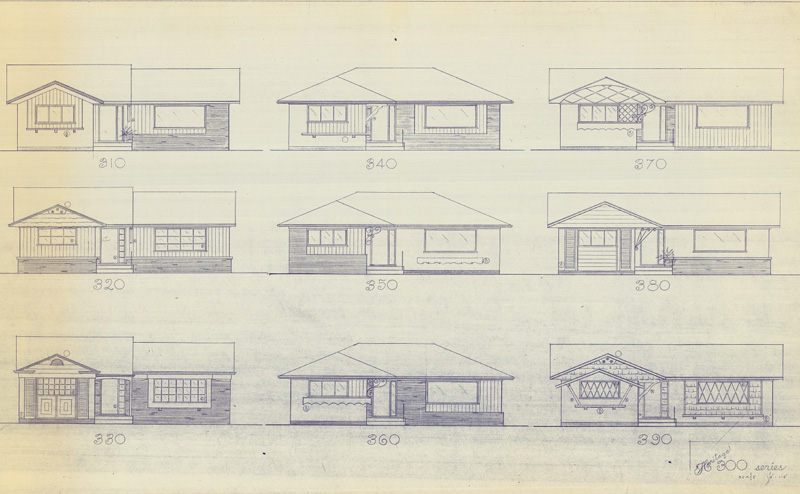 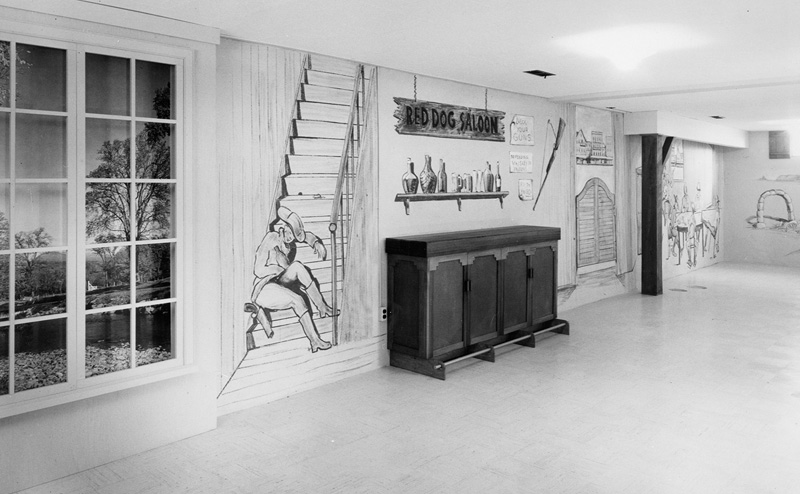 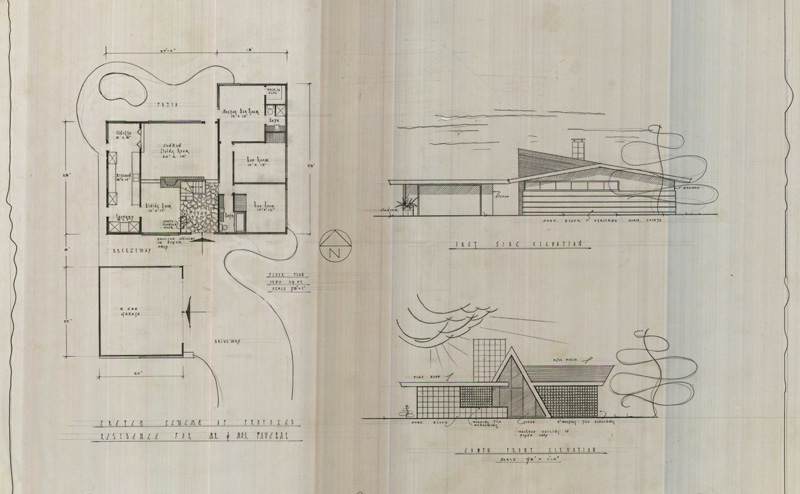 J.N. Stephens - Who Is He to Edmonton?

Before the end of the war, the Canadian government was planning on the steps needed to accommodate the returning soldiers and the families. Known as the development phase of Canadian housing, it was a time of increased focus on construction and growth in urban centres. It was assumed that low-income families would move into the older housing districts, while new housing districts were made affordable to the emerging middle-income groups. Established in 1946, the Canadian federal housing agency and Canada Mortgage and Housing Corporation would propose a system of long term mortgages, lasting between 20 and 25 years, to make the new housing affordable to middle-income families. 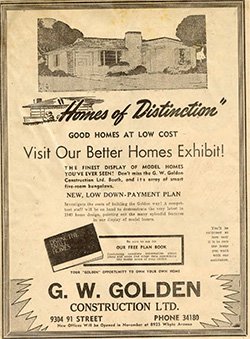 Golden Homes was a general contracting company owned by George W. Golden which facilitated affordable and customizable housing in the post war years in Edmonton. J.N Stephens would be hired on as a draftsman for the company in 1950 and would continue to work for the company for the next decade; he was promoted to designer in 1962 and later chief designer. Golden Homes would operate out of an internally designed office building and eventually create a contained neighbourhood to show off the available models of the houses they proposed to build for homebuyers of the 1950s and 1960s called the Golden Village. Golden homes would be in operation beginning in 1946 and would continue to build thousands of homes in the Edmonton area for the next two decades.

Construction of a Golden Home was based on a selection process by the future buyer of the home. This entailed selecting a pre-made model of the home in question, which would then be constructed on a given lot. Although the base plans of the houses were all very similar, Golden provided lots of little customizable flourishes to appeal to individual buyers. Over the 25 years Golden was in operation the plans would gradually shift to accommodate the changing needs of Edmontonians. When Golden Homes began it offered a number of housing designs, including the numbered series which listed different housing styles titles 200 through 900. These original designs emphasize spaciousness while maintaining a modest square footage through use of open floor plans. The 200 through 600 series was a comfortable 700-1100 square feet, while the bi-level design offered space up to 1800 square feet. Homes would be offered complete with furniture and the latest appliances to entice more buyers into the market and further enhance the luxury and appeal. 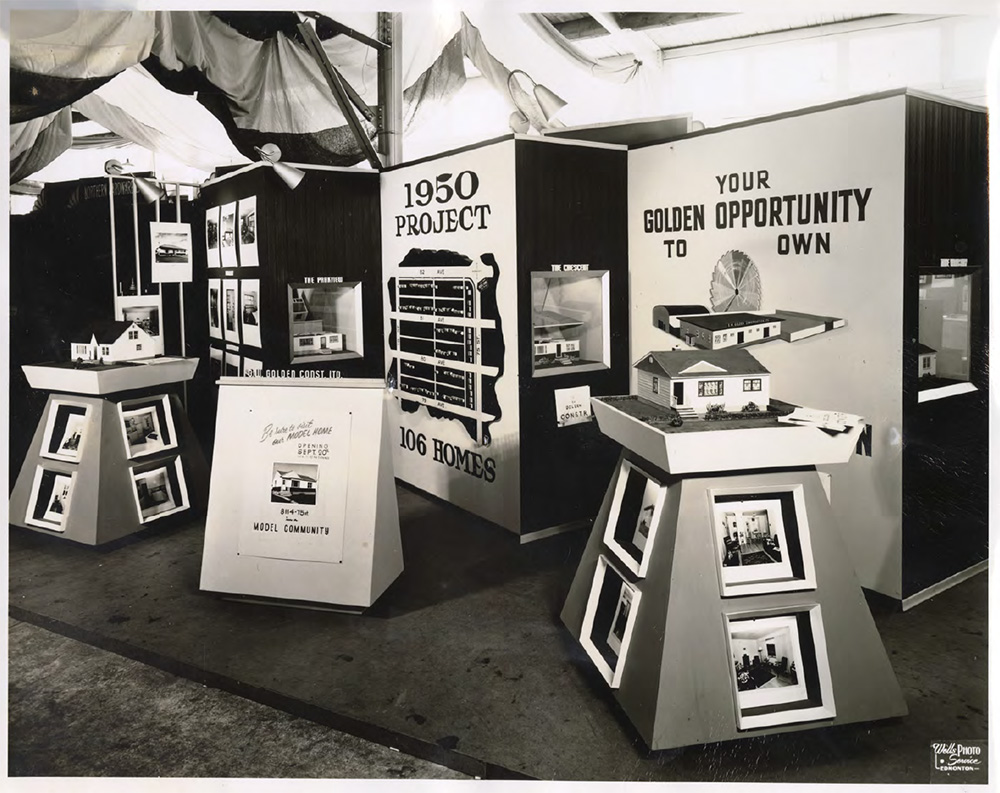 One of the first construction projects would encompass the space between 82 Avenue and 79 Avenue on 79 Street. This location would become the first success for the company, with approximately 106 houses built in a short amount of time. These homes were sold to buyers at exhibitions where small models of the homes were presented to the public and the latest luxuries were available for viewing. At the beginning of the enterprise Golden Homes constructed premade homes for sale on recently developed land and was looking to sell these homes to buyers. Later, Golden would expand its services to include planning for new buyers. This expansion of services would introduce a level of personalization for prospective buyers that may not have been available previously, and with this came a whole new series of homes to appeal to the individual. 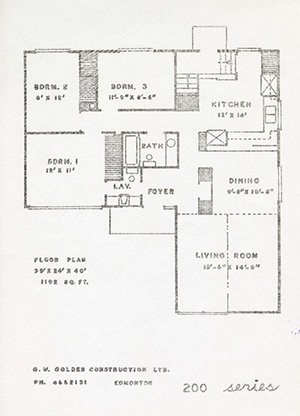 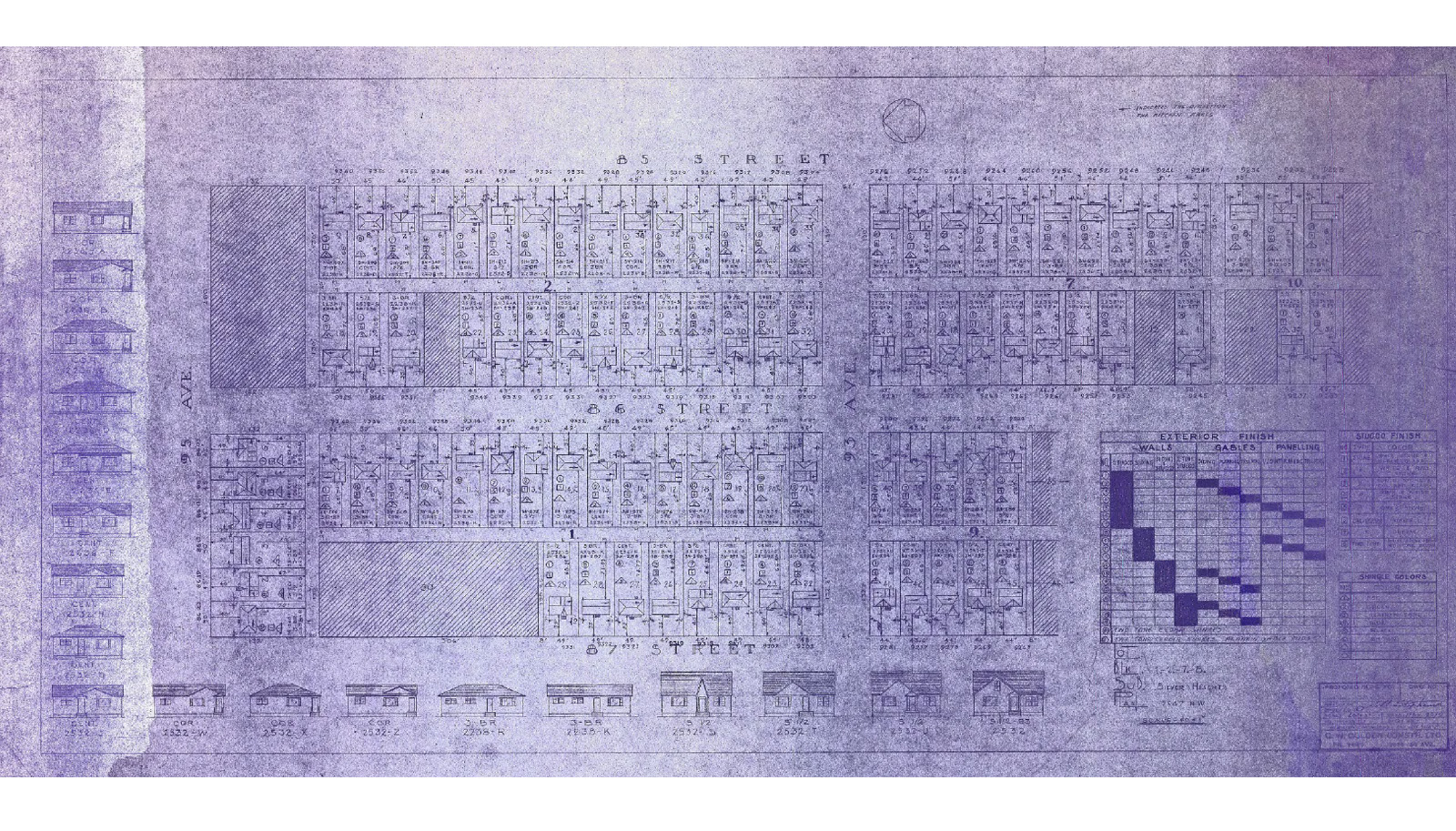 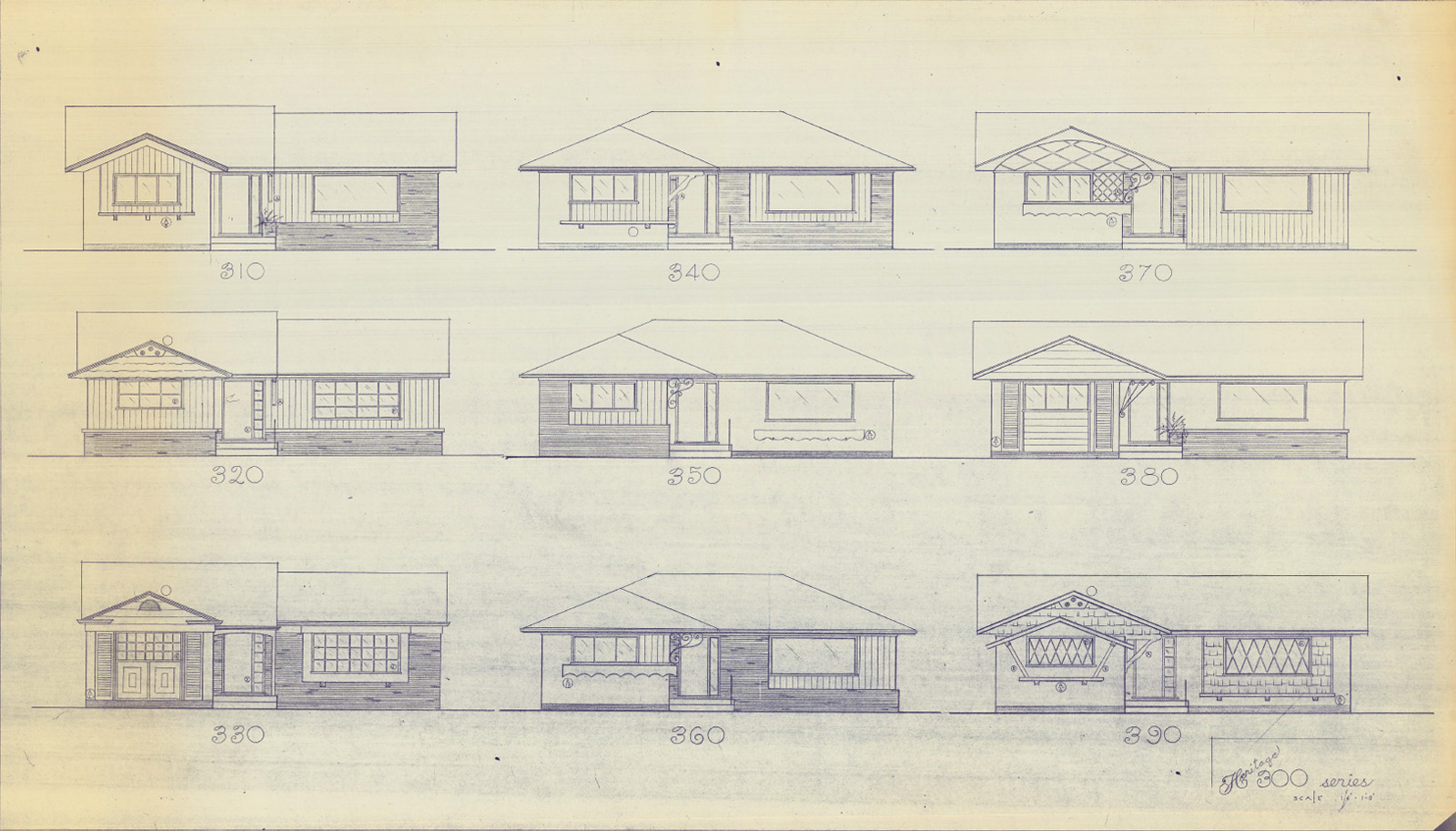 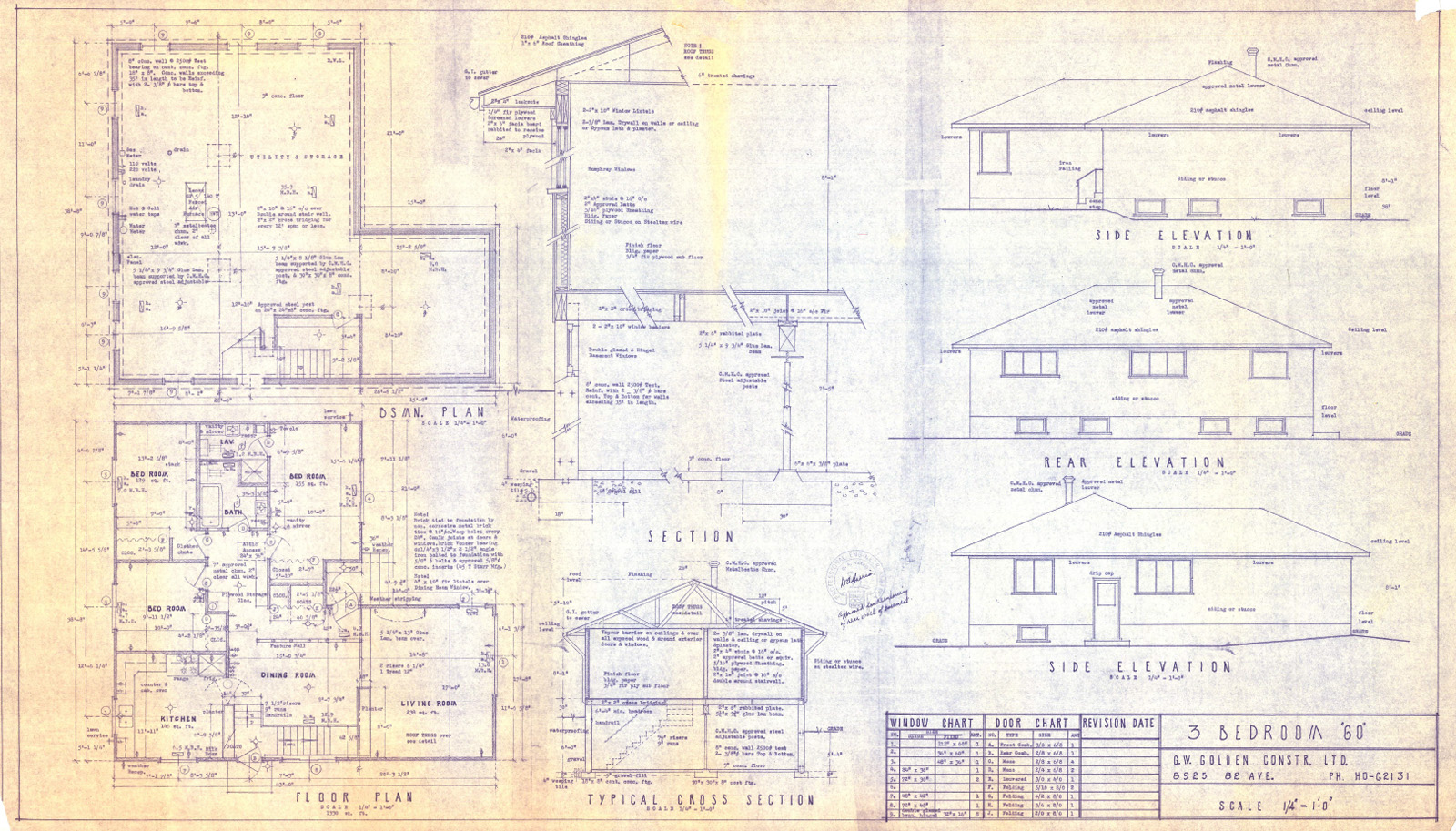 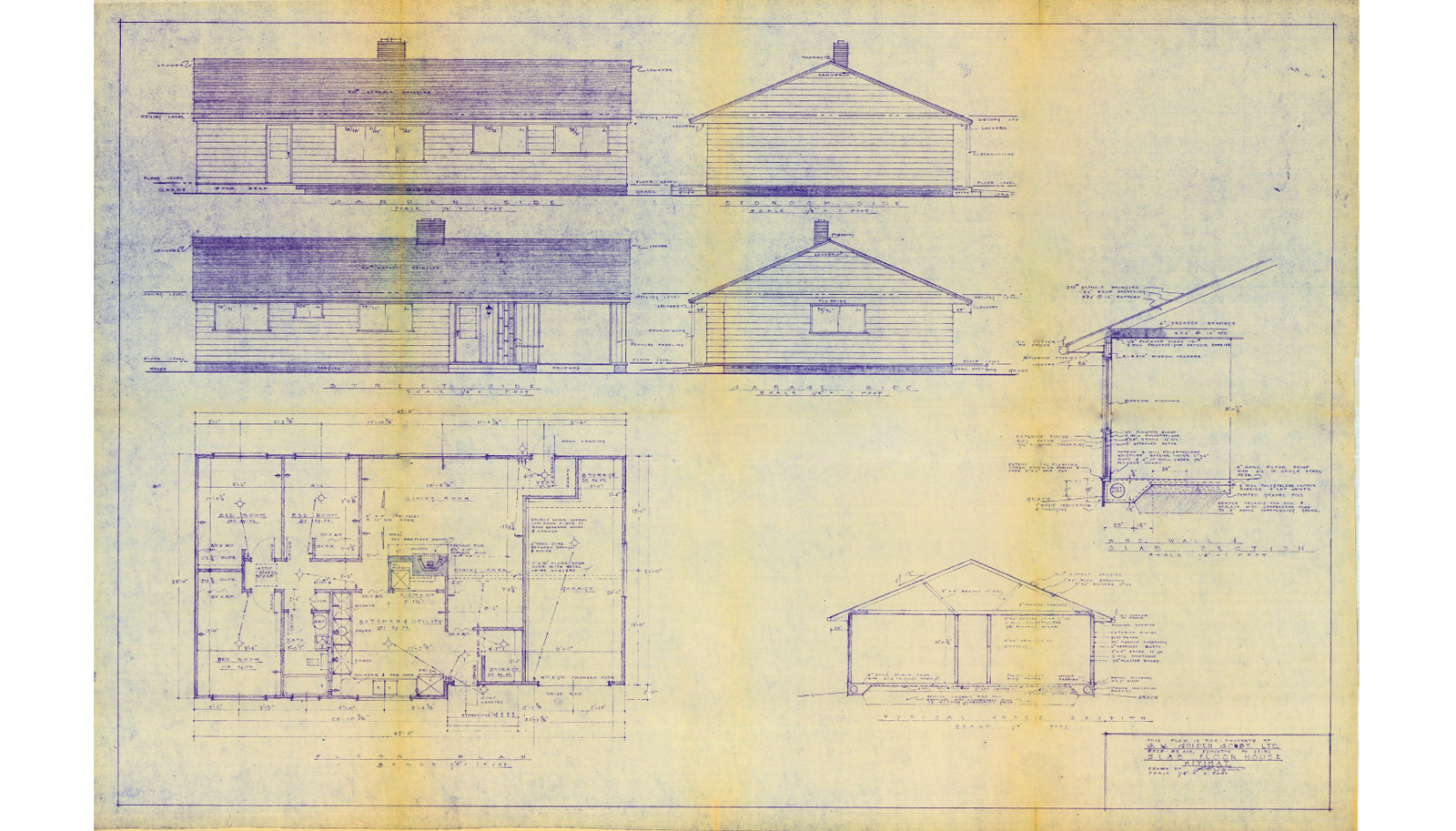 Most of the unique details of J.N. Stephens’ work comes from his time working as a contractor following his years at G.W. Golden Construction, but this is not to say that he did not have an influence on the design of the homes constructed while he worked there. Before Stephens was promoted to designer, G.W. Golden made a number of housing models to appeal to the market of new homebuyers following the war. These homes followed a design philosophy that cheap, spacious housing was to be made available to middle income families. However, it is clear from looking at these early designs that they left much to be desired in terms of comfort or pleasure. From 1963, coinciding with the elevation of Stephens to designer, the homes began to take on a more comfortable design. Houses were built with unique features and it was rare that blueprints resembled each other. This level of individualization and stylistic flair allowed G.W. Golden construction to shift away from simply numbering their styles to giving unique and appealing names to each series of homes, including the “Looking Glass” and “Keepsake” series.

Later, Stephens would build a business on the renovation and remodeling of existing houses into fantastic and stylish interiors based on the whims and tastes of the individual homeowner. These would include designs such as an English-style pub being represented within the home, or painting western-style murals on the walls of a den. Owners added sunrooms and extended rooms out past the original foundations. Making homes unique became the sole focus of Stephens in the later years of his career and with great flair and determination, he strove to make every client satisfied as best he could.

Jim Stephens father, Robert Nobel Stephens. was a celebrated Edmonton athlete and businessman. He played with the Edmonton Eskimos football team, including his Grey Cup debut against the Toronto Argonauts in 1921. He would work with the football team for a total of ten years, winning awards and titles in both the United States and Western Canada. He would later work as a manager of the paint and wallpaper department at The Bay, the manager of Maund Paint and Wallpaper Co., and as the Alberta sales representative for the British American Paint Co. All these positions suggest that Robert Stephens had a passion for interiors which he likely passed on to his son Jim (J.N. Stephens). 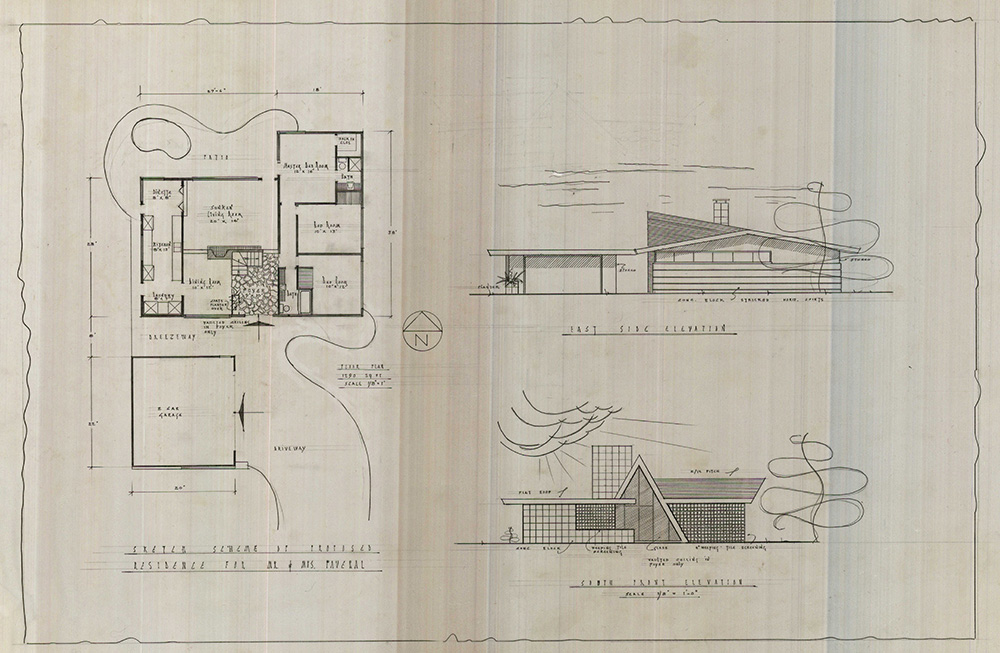 J.N. Stephens was born on February 9, 1925 in Edmonton. Jim did not finish high school and would instead enlist with the Royal Canadian Naval Volunteer Reserve in 1943 before being discharged due to poor health. Considered unfit for military service, Stephens would find work at the Hudson’s Bay Company from 1947-1948 while enrolled in a correspondence school for architecture. This would spark his career in the housing development world as a designer, draftsman, and technician. In 1948 he established a company with his brother Robert named “Home and Commercial Designers” while working out of their family home in Edmonton at 9417 – 95 street. Together they would move into a commercial space under the name “Home Designers” until 1953, working on the designs for commercial and residential projects. It was at this time that Stephens began to work for G.W. Golden Construction Ltd. 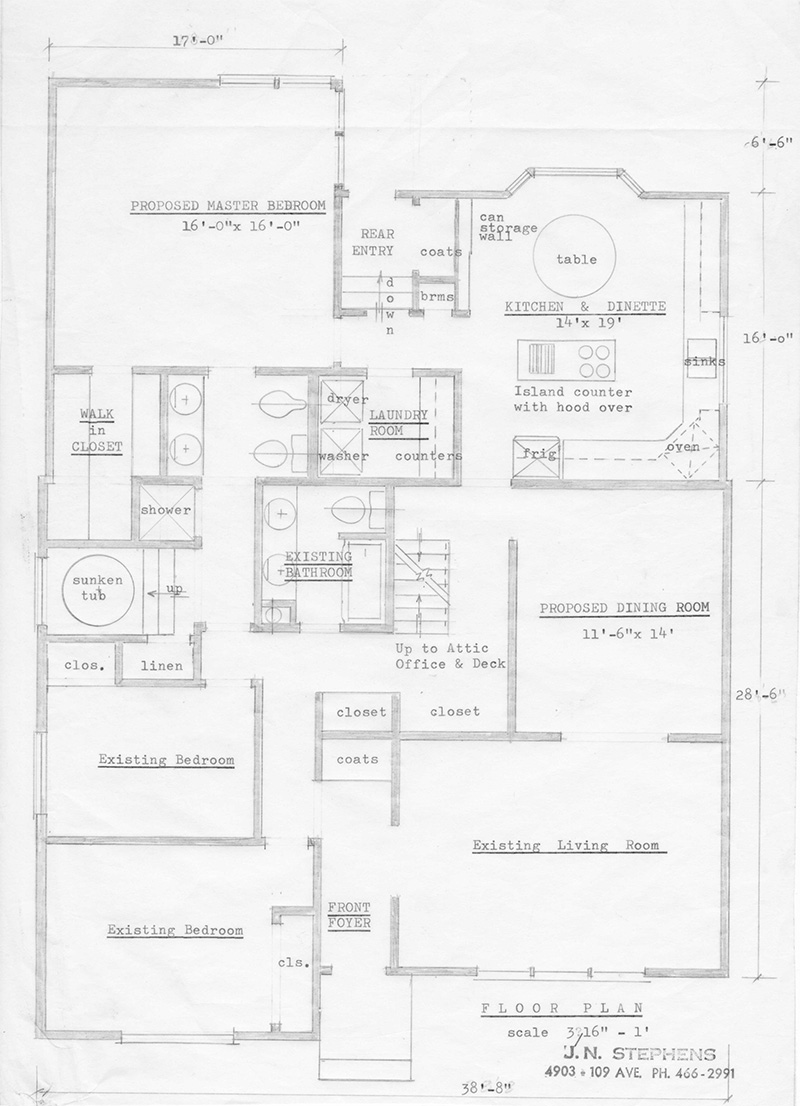 Stephens began his work at G.W. Golden as a draftsman and would remain in that position until 1962, when he would receive the title of ‘Designer.’ After three years in this position he was again promoted to ‘Chief Designer.’ Stephens worked diligently and with great enthusiasm on his designs. This is evident with the change in the Golden Homes advertising and plan style in this same period in which homes were developing a more individual flair and a change in design philosophy had become apparent. Whereas in the era before Stephens became a designer, the homes were functional and affordable, after his promotion homes began to feel spacious, comfortable, and varied. But Stephens would ultimately follow in his father’s footsteps and establish his own business specializing in interiors.

James N. Stephens Ltd. was established in 1968 with only two shareholders, James and his wife, Mabel. They operated from their family home at 4903 – 109 Avenue. He was listed in directories as an architectural designer, a contractor, and a building contractor but not as an architect as he lacked the necessary education to assume that title. Stephens would spend these last few years of his career working on modifications to existing homes, including themed rooms and lavish styles to existing homes. Surviving from this time is a collection of correspondence between the Stephens family and others, varying from concern for the health and happiness of the family to existing projects. Stephens would occasionally redesign housing plans in this time to try and better accommodate the patrons of his business, using his expertise and experience to create homes that fulfilled the wishes of the occupants. Stephens retired in 1976 and would die on July 22, 1993 of congestive heart failure.