Construction activities on the southeast part of the Valley Line started in spring 2016. The Valley Line Southeast is expected to open in summer 2022.

Pedestrian and Traffic Safety
Edmonton’s Valley Line Southeast LRT is a new low-floor transit system designed to fit into neighbourhoods. Valley Line will offer you an LRT experience that is accessible and connected to areas where you live, work and play. 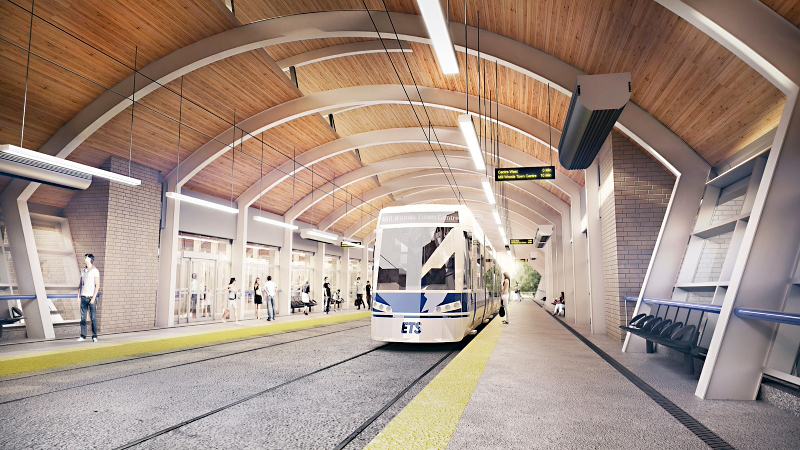 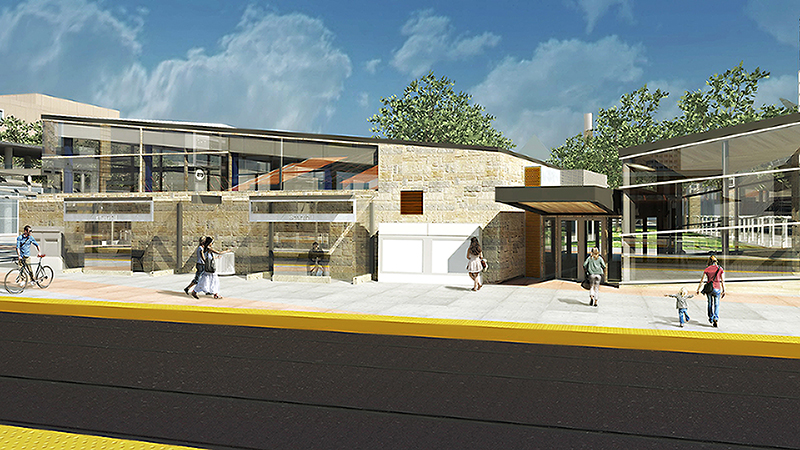 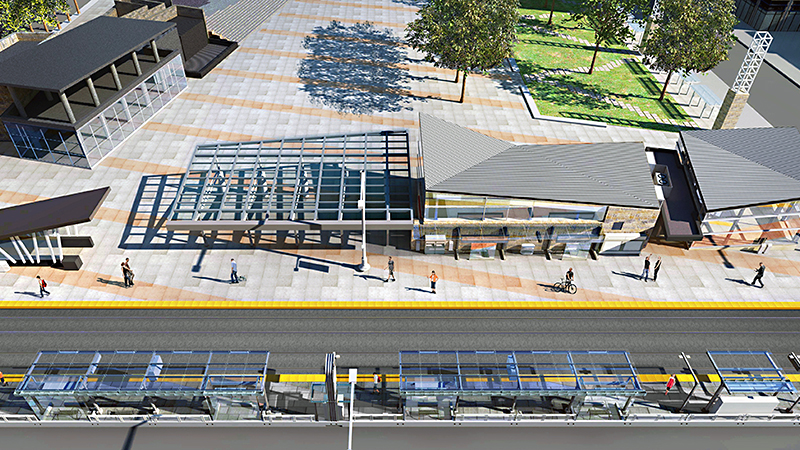 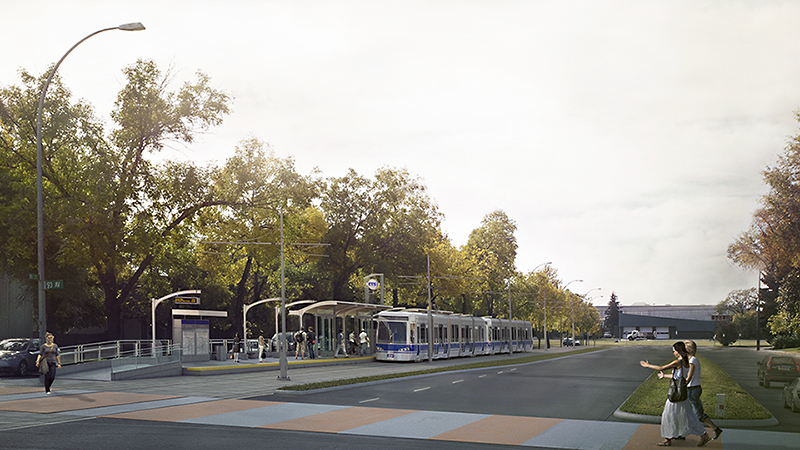 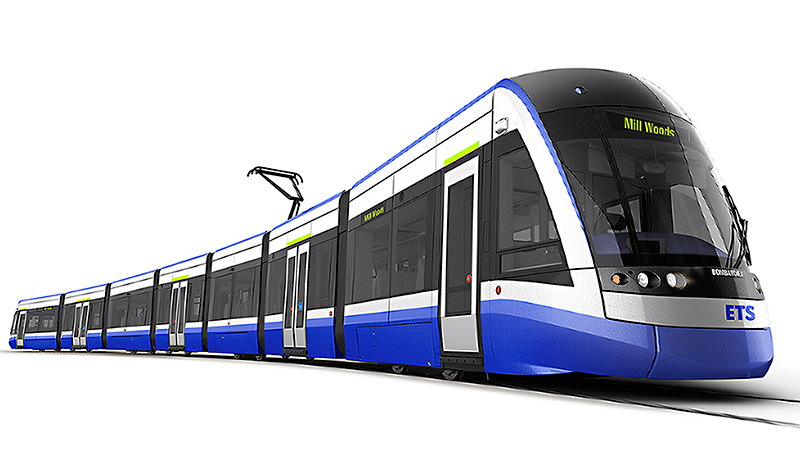 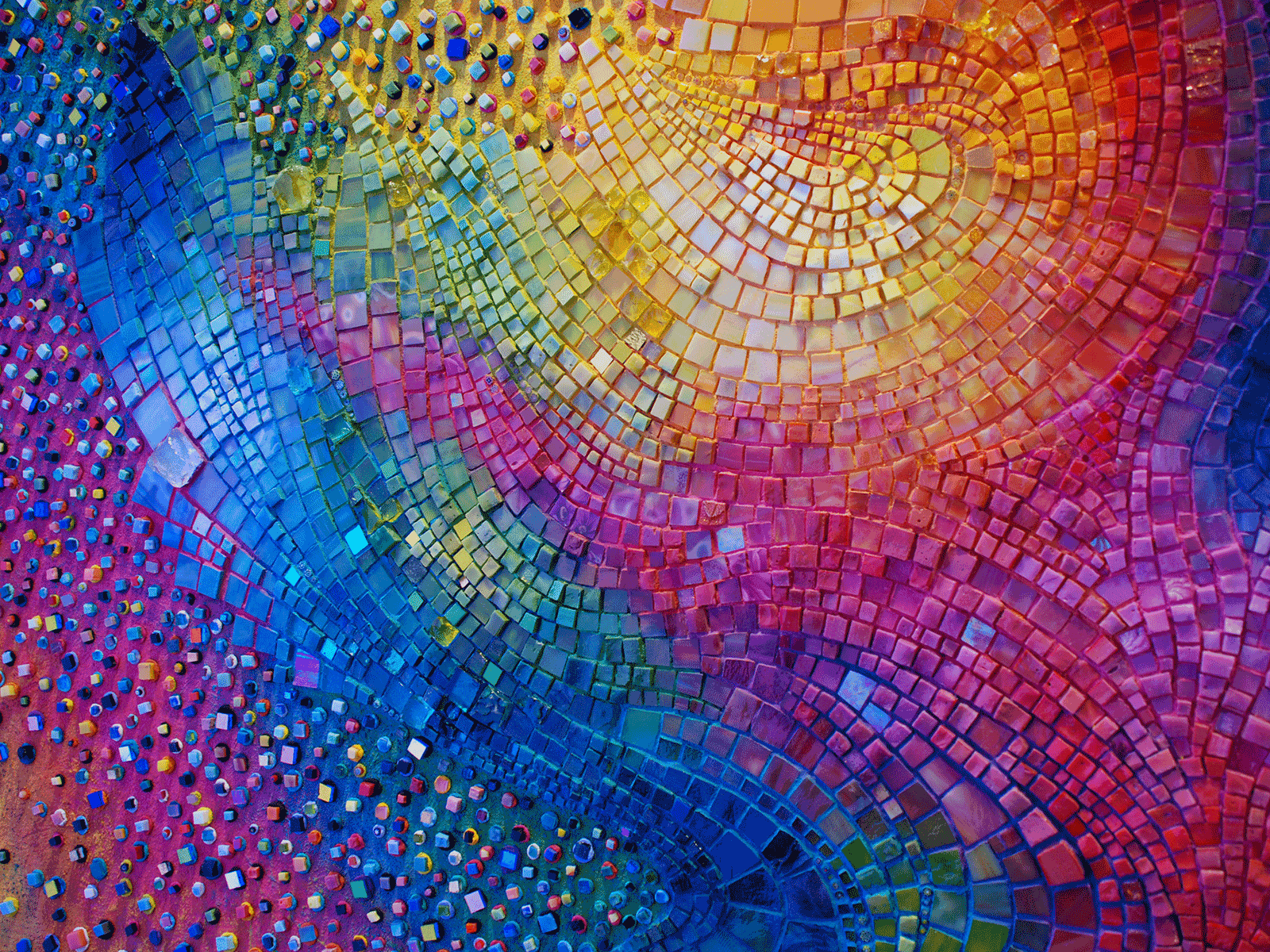 The Valley Line Southeast will run 13 km from Downtown to Mill Woods, and will feature:

This project has a capital cost of $1.8 billion, and is being delivered as a public-private partnership (P3).

Careful consideration went into the planning of the Valley Line. But it’s only one part of a larger vision. The City of Edmonton handles feedback regarding:

Testing of the Valley Line Southeast is now underway — find out more about what ’s happening in your area. TransEd Partners handles feedback regarding:

In the unlikely event that distress or damage occurs to your property as a result of work related to Valley Line construction, please visit TransEd Partners' website for information about their construction damage claims process. 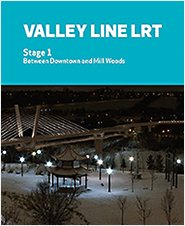 There are a lot of things to consider when building an LRT line. As projects progress details like design, agreements, impacts and reporting become defined.

A major priority of the Valley Line project is to design a transit system that both meets the overall goal of LRT expansion and fully integrates into the communities it serves. Through direction from the City and two years of public consultation, an extensive list of design guidelines that emphasize Sustainable Urban Integration (SUI) was established.

Community members had direct involvement in determining how the LRT would visually fit into their neighbourhood. They were able to weigh in on designs for certain elements such as structures, buildings and landscaping railings, columns and paved surfaces to reflect the distinct nature and character of each area or “Character Zone” along the alignment.

Developed specifically for Edmonton’s Valley Line, SUI terminology and framework is starting to be adopted as best industry practice for new LRT projects across the country. This is another example of Edmonton leading the way in innovative LRT design and construction principles.

City Council has accepted the recommendation of the Transportation Committee and approved updates to the Environmental Impact Screening Assessment and Site Location Study. These updates include minor adjustments to the Project Area in the North Saskatchewan River Valley made in response to stakeholder concerns identified during the preliminary design process. The Transportation Committee made its recommendation on March 25, following a non-statutory public hearing which featured presentations from LRT Design and Construction, citizens, and community groups.

The City is making slight adjustments to plans for the Valley Line LRT in the river valley in response to stakeholder concerns identified during the preliminary design process. As required by Bylaw 7188 (the North Saskatchewan Area Redevelopment Plan), the Environmental Impact Screening Assessment and Site Location Study accepted by City Council in September 2013 are being updated to reflect these changes. Among other things, these adjustments are intended to:

As outlined in the North Saskatchewan River Valley Area Redevelopment Plan (City of Edmonton Bylaw 7188), Stage 1 of the Valley Line LRT has performed a comprehensive Environmental Impact Screening Assessment (EISA) of affected sites. This assessment details potential impacts, areas of concern and mitigation measures for River Valley sites affected by Valley Line LRT construction and operation. The assessment has now been completed and is available here, along with the accompanying Site Location Study (SLS).

In August 2012, City Council approved a public-private partnership (P3) project delivery model to design, build, finance, supply vehicles, operate and maintain the Valley Line LRT - Stage 1 from Mill Woods to 102 Street in Edmonton. The City committed to providing a value for money assessment to ensure the P3 structure offered value for money to the governments and citizens of Edmonton, Alberta and Canada compared to other forms of procurement.

Explanation of Freedom of Information and Protection of Privacy (FOIP) redactions on the Project Agreement.

Information provided in TransEd's Proposal (Technical or Financial) which:

Generally, names and personally identifiable information have been redacted to protect personal privacy.

Information which could reasonably be expected to interfere with public safety. In particular, information about surveillance or security systems and specific requirements for access and egress for public facilities may fall under this category (unless it is a reference to compliance with codes or standards).

Information that could harm the effectiveness of investigative techniques or procedures.

This section only applies to information which reveals the City’s plans or positions as it relates to parties other than TransEd which could interfere in the City’s future negotiations with those other parties.

Information in the project agreement which could affect the City’s economic interests if released:

As part of an ongoing commitment to transparency and accountability, the City releases periodic reports to provide an overview of progress and performance on the Valley Line Project. These reports include a summary of work completed by TransEd Partners and the City.