Downtown and The Quarters Timeline

The evolution of Downtown from 2009 to present. 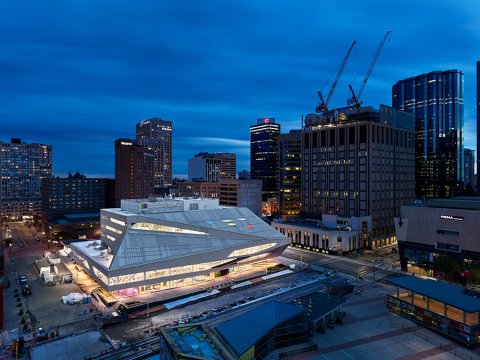 Major transformation of Edmonton's largest and busiest public library is complete. It features an expanded Shelley Milner Children's Library, a 10,000-square-foot Makerspace, a multi-storey interactive simulation wall, an Indigenous gathering space, the Muttart Theatre, and a striking new design for the building's exterior. 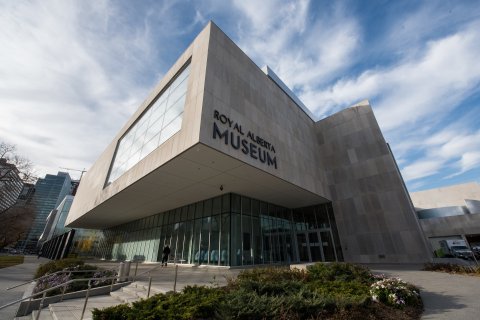 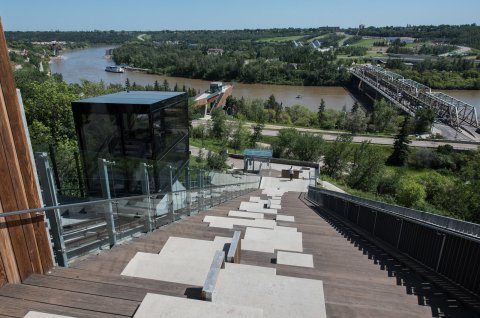 Getting to the River Valley from Downtown Edmonton was made easier when the 100 Street Funicular opened in December 2017. The landmark project includes the funicular, elevator, promenade, bridge and Frederick G. Todd Lookout. 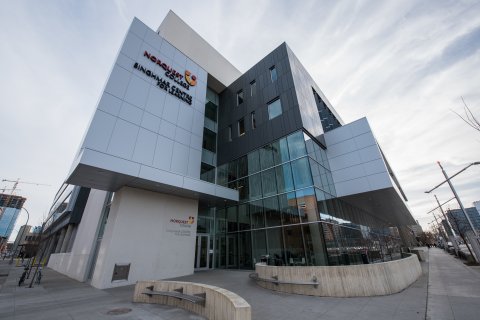 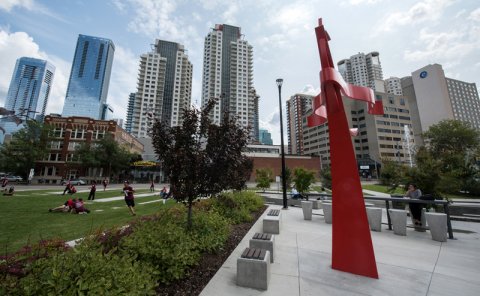 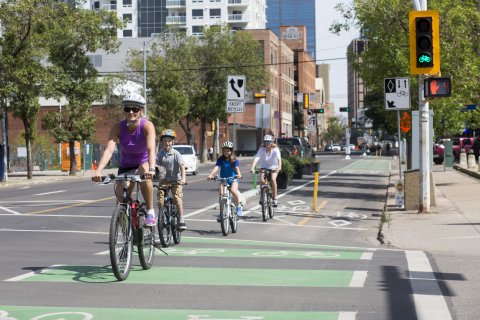 7.8 kilometres of protected bike lanes, shared roadways and paths open in Downtown Edmonton. The bike network helps and inspires Edmontonians of all ages to try new ways of getting to and around Downtown.

Grand Opening of the Armature

The Armature, Edmonton’s first City-led “green street” on 96 Street from Jasper Avenue to 103a Avenue is formally opened in the Quarters. As the neighbourhood develops, it will contain all-season parks, urban plazas, shopping, eating and entertainment areas, and will serve as a hub for all commercial and social activities in the area.

Rogers Place, the 18,347 seat arena home of the Edmonton Oilers and Oil Kings opens in September. The major Catalyst project is expected to bring 2.5 to 3 million visits to Downtown each year. The project also contains the new Downtown Community Rink. 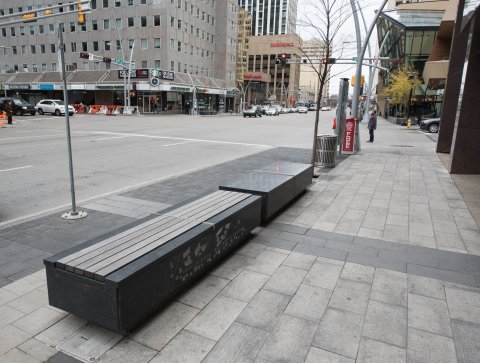 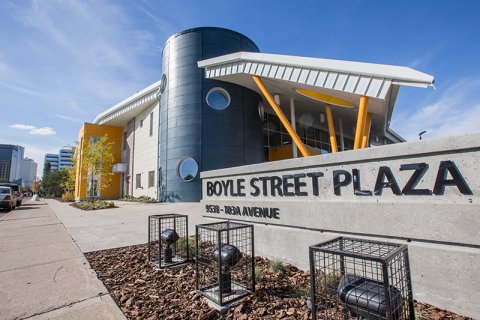 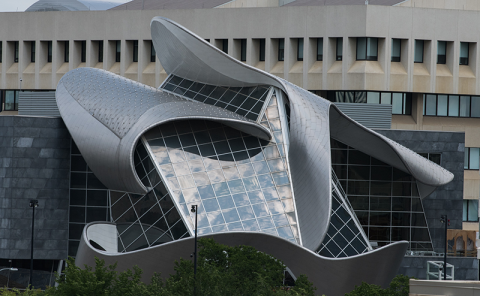